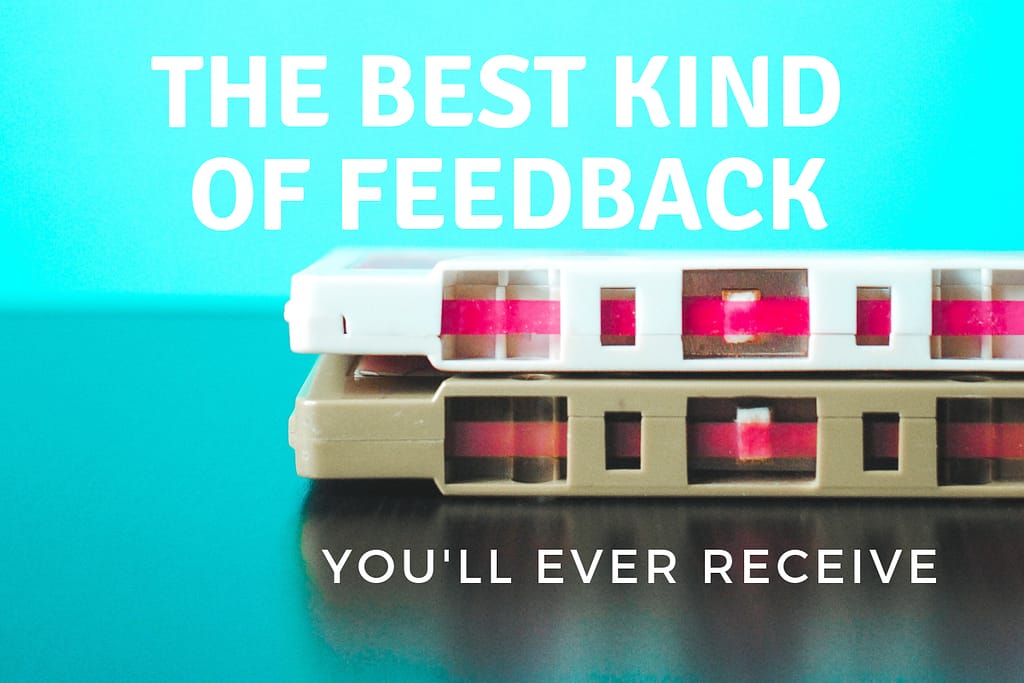 My first job out of college was teaching computer classes. The plan was that each of us would go through a week of “train the trainer,” when we would discover how to avoid saying filler words (like umm, ok, so, and like), where to stand when we were teaching (best spot was the back of the room, in order to spot whether someone was having difficulty following the steps), and how to have good dry erase board penmanship in order to display the topics for the day.

I never did get to complete my train the trainer program, however. I was in there long enough to have a service bell rang each time I said umm and to erraticate that filler word from my vocabulary. During my second day, my manager came and asked if I could teach a class the following day on an application I had never used before (Word Perfect for Windows). Trying to learn a new application was hard enough, but I hadn't ever used Windows before, making my first day of teaching quite eventful.

Because I wasn't actually teaching (David Merrill would have called what I was doing demonstration, I would later learn), the students were happy with the class and gave me straight tens on the course evaluations. Neither the students or I knew what we didn't know. We remained blissfully unaware of just how little we still knew about using Word Perfect for Windows, or even Windows in general.

The Word Perfect class was held offsite, so there wasn't anyone to observe me or provide feedback. Over the course of the next few weeks, I taught a combination of offsite and classes held at our main facility. After one of the local ones, my manager caught me as I was heading home and handed me something.

“Take this and give it a listen. You will learn a lot,” he said.

It was a cassette tape of me teaching a beginning Excel class. It felt strange to hear the sound of my own voice. Little did I know I would listen to myself at least once per week for four and a half years for the podcast, with no sign of stopping.

It didn't take too many minutes before I noticed the most irritating habit. I kept repeating the phrases “right now” and “go ahead” before each and every step I guided the students through.

“Right now, we are going to go ahead and go up to the file menu and choose open.”

It drove me nuts to hear this repetition, but I couldn't stop listening to the recording.

It's hard to adequately describe how hard this was to hear. I used to sing on our former church’s worship band and used to dread whenever a certain guy would volunteer to do the sound on a given week. He just didn't have it down enough to prevent the loudest feedback noise I've ever heard in my life. I was already slightly hard of hearing during that time, but I pictured the additional loss that was occurring each time my weeks for singing were matched up with his weeks to run the sound.

Those cringe-worthy experiences were similar to the horror I felt at hearing my verbal repetitions of ‘right now’ and ‘go ahead.’ I vowed to do what I could to stop those patterns. Eventually, I did rid myself of those verbal tics, but new ones would take their places.

After some time, I finally figured out two approaches that resulted in more permanent change. First, I got used to shorter, more declarative sentences, which had been socialized out of me in my training to be a girl (side note – huge recommendation for episode 56 – part 10 – of the Scene on Radio podcast – The Juggernaut, which has me thinking about my own socialization as a young girl and my difficulties in being assertive). After intense practice giving more declarative commands in my classes, “Click file-open,” no longer felt like too abrupt of a statement.

Also, I let silence become more of a friend in my teaching (well, in my demonstrating – it would be many more years before I was really doing what I now think of as teaching). I didn't need to rely on catchphrases to fill the silence. It was ok to let people think and reflect.

That one cassette tape changed my teaching far more than anyone’s feedback might have who had sat in my first few weeks of teaching. Today, I have similar feedback mechanisms built into my practice with regularity. I listen to each episode of Teaching in Higher Ed, where I pick up on bad habits that have snuck into my interviewing. Also, I regularly see myself on video when recording panels, screencasts, or other video projects.

I was disappointed when I listened back to my interview with Peter Kaughman about compassionate teaching. I don't want to spoil the episode, if you haven't listened yet, though his life should hardly be thought of as a potential spoiler alert. After he so beautifully shared of his diagnoses and subsequent health challenges in his blog post, I didn't want to wind up asking a question that didn't facilitate the telling of his story in a way that would honor that incredible piece of writing.

I knew how much pressure I was putting on myself at the time, though I suspect only those who know me deeply would ever be able to spot the signs of these feelings. I heard it, though, in my repetition of the phrase, “I wonder if you would…” over and over again. “Stop wondering, Bonni – and just ask the question!” – I kept thinking as I heard my problematic phrase.

As I listened to this week’s episode with Josh Eyler (which had been recorded before my conversation with Peter), I realized that this new pattern had been around for at least a month now. It wasn't as evident in the dialog with Josh, but I still heard myself saying it two or three times. I've got something new to work on.

I'm thankful for these opportunities to always be getting better at what I do, both in podcasting and in teaching. If it weren't for the constant feedback that comes from self-observation, I would no doubt have an abundant collection of distracting habits by now that would be much harder to change.

If you aren't regularly exposed to opportunities to watch or listen to yourself teach, I highly recommend you find a way to incorporate that practice into your professional development. It can start with something as small as recording some screencasts for your classes and viewing those to get used to watching yourself.

It does get easier to hear or watch yourself over time if you commit to doing it regularly. After the shock wears off, there's no finer form of feedback that I've ever experienced. It's raw and so very real. What you're seeing isn't filtered through anyone’s biases – except your own.

A more formal way of doing this kind of observation is to do some in-class recording. My colleague uses a tool called Swivl that she says is highly effective. I haven't tried it, yet, but am in the process of watching this video series on the research they have conducted on this practice in educational contexts.

If you want a more systematic way of setting goals toward personal change (including teaching), you may want to check out Michael Hyatt’s free goal setting video series, which is an introduction to his paid 2019 paid Best Year Ever course*. They also offer a “free” lifescore assessment that can help you identify the areas in your life most in need of some goal setting. I put “free” in quotes, since both of these options require that you provide an email address. They do comply with all anti-spam laws and make it very easy to unsubscribe in the future, should you no longer wish to hear from their organization. At least that has been my experience always with them… 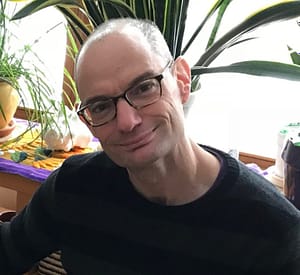 I’m so sad to report that after I wrote the earlier portions of this post, I learned that Peter Kaufman (episode 320) passed away on November 19, 2018. I reflect more on this in a future podcast but wanted to also share the news here. Thank you to Alex for letting us know in the comments section for that episode. I share this now because while there are ways we can always be getting better as teachers, if we aren’t willing to run the risk of the failures we will make along the way, we won’t be able to have the kinds of transformative relationships that are possible.

I am glad I didn’t wait to be a perfect interviewer to speak with Peter, or I never would have had the opportunity to learn from him in the powerful way in which so many of us did through that conversation. May we all continually find ways to receive the needed feedback to improve our teaching, yet not wait until we are where we want to be before we experiment and take risks.

Also, in memory of Peter, may each of us find ways to be more compassionate in our teaching. Perhaps even starting with the approaches shared in his book (co-authed by Janine Schipper), Teaching with Compassion: An Educator’s Oath to Teach from the Heart*? 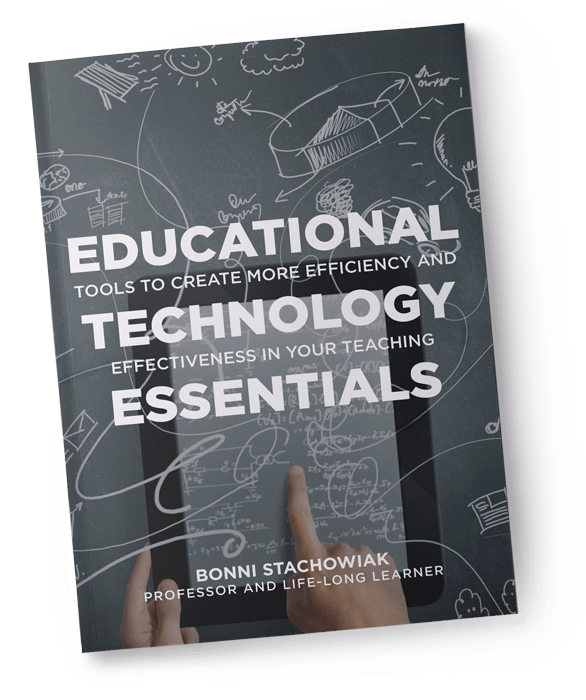