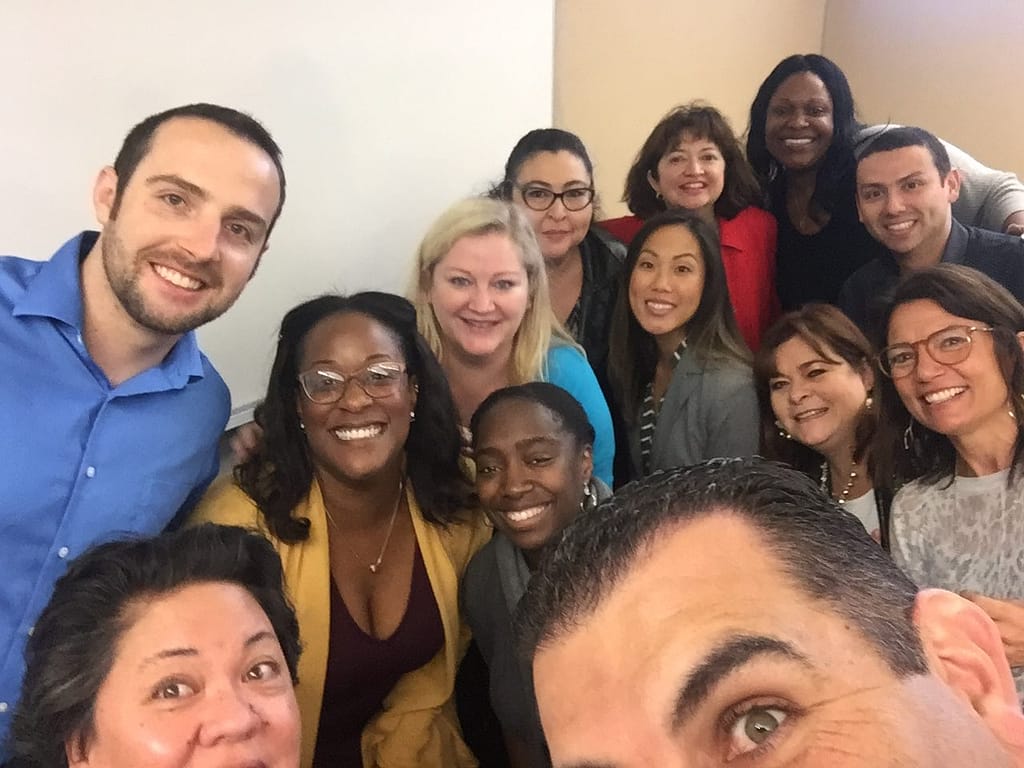 We met together for the last time on December 16th.

The way the course is structured, we gather in person for a half day at the start and end of the term and then have three web conferences every other week throughout the eight-week class. The weeks in between the web meetings, we have asynchronous learning experiences and connect on Twitter. We were concluding the term, after having created something that would last well beyond our class’ end date.

This class is now the hardest one that I teach with any regularity. I struggle with trying to have us all unlearn some of the ways that we think about the role of technology in our teaching and more broadly in our lives. I also fail regularly at trying to redefine what it means to be a teacher of a course like this.

The individuals in the class have always fit the description of what is known as “teaching to the tails.” I wind up having many learners who are uncomfortable experimenting with technology and seeing how it might enhance their teaching or learning in some way. There are also always at least a few who have regularly embraced educational technology in their pedagogy.

For the Fall of 2017, I took the radical step (at least to me) of doing away with a textbook for the class. The ones we had used in the past had too great an emphasis on K-12 when not everyone in the program worked within that educational context. They also got out of date too quickly and were somewhat cost-prohibitive.

This first recollection I have of hearing the phrase “open textbook” was from Kris Shaffer, who spoke about his Open Music Theory Textbook project on episode 74 of the Teaching in Higher Ed podcast. I am embarrassed to admit that I don’t think I got it at the time.

I understood that he had written an online textbook with another guy. At the time, I suspect that I hadn’t yet realized (and probably still am lacking in understanding) how much textbook costs factor into college students’ financial difficulties. Since music is not my discipline, I didn’t really have an appreciation for how this text compared to others published in a more traditional way.

After speaking with Kris for the podcast, I discovered his post for Hybrid Pedagogy: The Critical Textbook. He writes:

By the time I decided to have our class write an open textbook together, I had many sources of inspiration, but still felt unsure on much of the process.

During our class orientation, I spoke at length about the problem with what are often referred to as throw-away assignments. Contrasting writing a research paper for our class that would only be read by me with co-writing a book together generated quite a bit of excitement. Alan Levine’ story about his first experience competing a renewable assignment in 1984 is inspiring. I was excited to create something more meaningful for and with this group of individuals.

What I wish I would have done during the orientation was to have students read through some clarifying text and asked them to digitally fill in their understanding of some core ways we would approach this endeavor together: 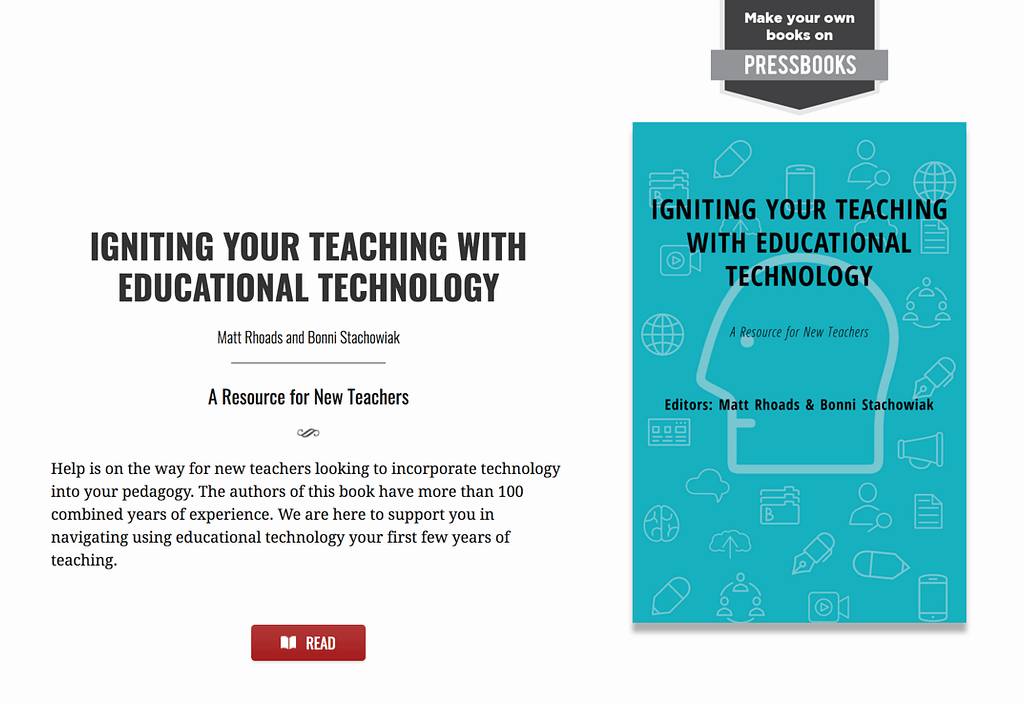 By the time our final meeting rolled around, we had written an 80-page open textbook entitled:

Igniting Your Teaching with Educational Technology: A Resource for New Teachers

We also had the following assets to “show” for our work:

The process was ridiculously hard and exquisitely invigorating. What made it hard was partially because anytime you try to get a group of 16 people together to accomplish anything worthwhile, it is going to get messy. There were also a whole bunch of things that came up along the way that I did not anticipate. Most of these were small (wait times for the book, once it was uploaded to Create Space, for example), but made the need for flexibility in our planning that much more important. It was completely worth it, however, and I am grateful to each person who was involved in the journey.

Thank goodness that I was aware of most of the tools that were essential in us reaching our goals for this project. The Individuals working on the project had done some blogging on WordPress and worked on the Google platforms, which helped.

Probably the two technical skills most essential in writing an open textbook would be having to do with text formatting. Word Processors can have formatting that shows up “behind the scenes” that make some of the beautiful template you select in Pressbooks not shine through. It is essential to copy and paste text into Pressbooks that doesn’t contain any unseen formatting that could potentially mess things up.

I recommend highlighting one chapter or section at a time and pressing command or control – c on your keyboard to copy the text. Then, find the standard text editor that is on your preferred operating system (notepad on Windows; textedit on Mac) and choose edit- paste to match destination formatting or paste unformatted text. The goal is to paste only the text and not any of the formatting from the word processor.

Then, copy and paste the text from the text editor into Pressbooks. Finally, apply the formatting from the predefined styles within the Pressbooks text editor. That way, you can leverage the way that the various themes within Pressbooks make headings and subheadings stand out and also have these items appear in your table of contents.

There is much more I could write about what I learned from this experience. However, it is new year’s eve and is time to get ready for our early celebration this afternoon. We will be celebrating with you New Yorkers, as the kids and adults attending our get together need our sleep.

Below are a few more resources to help you get started writing your own open text book, if you are interested.

I welcome any questions you have about the process, as I have a feeling I will be revisiting this topic, again, in the future. I would also love to hear about your experiences working with or writing open textbooks.