It isn't just about getting students not to cheat. It's about them cultivating character and developing into people who can make good decisions in a complex world. 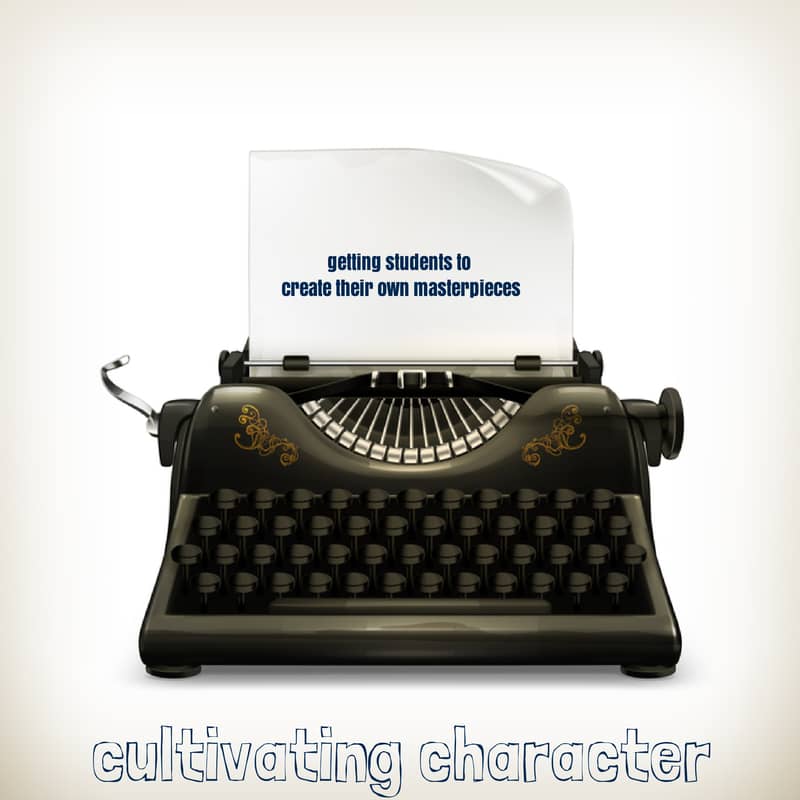 The headline reads like something from the online satirical news site, The Onion.

However, as the headlines started to spread, none of the sources were from anything but actual news organizations. As more stories about this co-author's accusation emerge, the defense from the accused (or at least those who are speaking for him) seems to be that he neglected to cite the quote correctly, not that he intended to do anything dishonest. Let's keep in mind that the guy we are talking about here is a person who wrote a book about plagiarism, who supposedly should be among the leading sources on how to cite correctly. The university has conducted an investigation and suggests that the problem happened on the publisher's end, with citations being removed from the work. While they have concluded their focus on the matter, questions still exist as to the root causes.

This story was revealed after we recently learned that Senator John Walsh had plagiarized large portions of his thesis, while at the Army War College. While there are some plagiarism charges that are less clear cut and sometimes used as a means to launch an attack on an opponent, the kind of dishonesty I am writing about for this article is the type that is easily identified.

As the news cycle seems to have hit on another supposed pattern of academic dishonesty, it is easy to focus on the individuals that the media has made take center stage. While I do want those who chose to take that route to be held accountable, I also hope that those of us in academia can be thinking about ways that we contribute to these incidents occurring.

The profession of accounting has a model that can help us conceptualize how we might better cultivate character in our students. Criminologist Donald R. Cressey articulates how fraud is perpetuated by three forces working together in what he calls the fraud triangle: opportunity, motivation, and rationalization. Let's consider the three ways we avoid cultivating character in our students:

We give them opportunity

More than half of the time, the students I catch plagiarizing have been in college or graduate school for some time. This is not their first class. I typically discover that this is the first time a professor has ever used any type of plagiarism detection service with their work. When I first started teaching in higher ed and such services were not available to me, I used to be able to determine (or so I thought) pretty easily when students' writing was not their own. However, the vast majority of the time when issues arise today, I would never have caught it on my own, without the support of TurnItIn.com.

We don't take away their motivation

I've written previously about what my students have taught me about plagiarism. I'm still struck by one of the young women telling me that it was clear to her that when plagiarism happens in my classes, the consequences are severe. She couldn't imagine it would be worth it to anyone to take the risk. I loved her transparency. We can use the disincentive that holding students accountable for their actions can provide us.

We let them rationalize their choices

A natural response to being confronted with our unethical behavior can be to try to excuse it as something that isn't really them. “You have to understand. I'm just not like that.” When I have heard that response, I attempt to get the student to a place where he or she can begin to name the choice they made. The next step I hope they can take is to see that when we do “a thing” – we are the kind of person who does “that thing.” When we behave a particular way, we are the kind of person who behaves that way. When we don't attribute other people's words and ideas to them, we are the kind who steals other people's words and ideas. The final place I work to influence toward is where students can build a foundation of values that are in alignment with the choices they make. This important aspect of cultivating character is to help people identify, name, and acknowledge what it is they have done.

[reminder]How to you work to cultivate character in your students? Where are we allowing for more opportunity, motivation, and rationalizations to contribute to an environment where cheating flourishes? [/reminder] 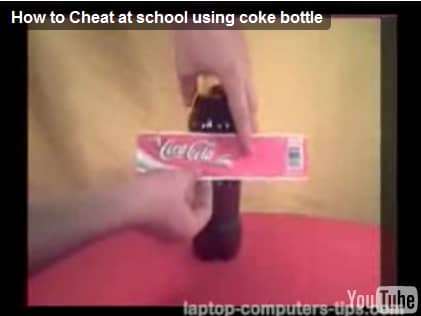 The Chronicle of Higher Education reported this week that in a new 1,200 page bill before Congress “is a small paragraph that could lead distance education institutions to require spy cameras in their students' homes.”

Many are concerned about the privacy issues involved in such a measure and that somehow distance learning institutions would be treated with harsher anti-cheating requirements than traditional classroom-based universities.

I am still shocked at the extent students will go to in order to cheat on an exam.

The obvious question for this guy is “if you're smart enough to know Photoshop and to go to this extent to cheat on an exam, why not just learn what you need to know for the test?”

Students in my classes who were aware that I was going to run their papers through TurnItIn.com, an anti-plagiarism solution, have still used students papers from the previous semesters in the hopes that they won't get caught. Of course, some might argue that they were looking to get caught, when they made such little effort to conceal their academic dishonesty.

I hope the debate continues and that we seek to protect students' privacy while maintaining academic integrity and ethics. If we're not talking about it and fighting to keep the quality of our programs sound, the Coke can bottle guy wins and learning loses.