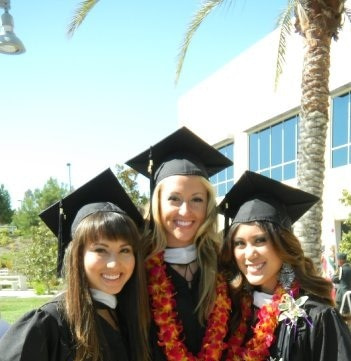 We’ve probably all gotten a chuckle or two out of the Six Degrees of Kevin Bacon jokes. Well, at least those of us old enough to start humming the song Footloose when we see his name get some laughs… The organization Six Degrees has even put this humor to good use in raising money for causes using Kevin Bacon’s connective abilities.

I’m taking this class on connectivism, which is an emerging learning theory. Advocates describe that, “At its heart, connectivism is the thesis that knowledge is distributed across a network of connections, and therefore that learning consists of the ability to construct and traverse these networks” (http://cck11.mooc.ca/week1.htm).

Networks are a crucial aspect of connectivism and the focus of this week’s content. We can measure and visualize these interconnected relationships through a process called social network analysis.  This process helps us “to discover how A, who is in touch with B and C, is affected by the relation between B and C” (John Barnes). When we create a picture of networks and the people in them, we can see which of the participants are connecting others, who is at the center of the network, and who is more on the outside edge. Mathematically, we can also quantify the closeness of the participants in a given network.

WNYC’s NPR station produces a fabulous podcast called Radio Lab. In one episode, they told the story of Paul Erdos, a famous mathematician, who has a degrees of separation network that makes Kevin Bacon’s seem to pale in comparison. His collaborative work has been so powerful that math gurus proudly profess the smallness of their Erdos number, or just how many steps you have to take between researchers until they connect directly with this scholar. The Erdos Number Project has been established to study the research collaboration that takes place among mathematicians.

While most of us will likely always have a gigantic Erdos number (meaning it takes a lot of steps between researchers to get from any of us to this math guru), it is still staggering to think about the connections we have each made. In some ways, my undergraduate students seem to intuitively get the idea behind the power of networks. As the semester starts, they post updates on their Facebook wall indicating that they’re taking a particular class and asking who might be willing to lend them to the textbooks. I’ve observed a number of them saying that they are bored on a Friday night and asking who wants to go see the latest blockbuster movie, only to have a group of five or six ready to go in a couple of hours. However, I suspect that their requests are more indicative of being part of the me generation and perhaps not that they fully realize just how interconnected we all are.

When it comes to using tools like LinkedIn, they tend to not comprehend how the relationships they’ve created might help or hinder their job-searching efforts. I sense their frustration as they thoughtlessly pile on reference requests to every one of their connections, only to wind up without responses (not surprisingly)… Until they are in a class where social networking outside of Facebook is discussed, they don’t seem to have any idea what they might do to find and foster connections beyond those that were established for them (such as the case of who happened to be their professor, or who happened to be in their same class).

I’m looking forward to discovering even more ways that I might help students develop and then leverage their learning networks through the CCK11 class, as I no doubt find ways to do the same for myself.