The Chronicle of Higher Education reports that, “Video Lectures May Slightly Hurt Student Performance.” After reading the article, I was prepared to invest considerable time debating the validity of the research being described. However, one of the commenters said what I wanted to convey much more concisely:

This certainly seems one of those times when the tool is being blamed, when in fact it wasn’t designed for the goal being attempted. This issue of blaming the tool recently came up in an article in the NY Times entitled, “We Have Met the Enemy and He is Powerpoint.” Fortunately, Harvard’s Peter Norvig made a compelling retort in his response: “A Tool Only as Good as the User.” 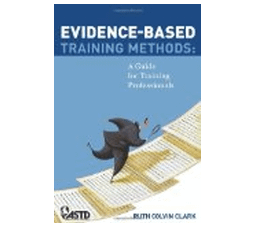 If only every faculty member teaching in an online environment would read her book. For that matter, those who teach entirely in the classroom would be able to increase their abilities to facilitate learning by exploring Clark’s findings.

In fact, I suspect if the Chronicle commenter, nordicexpat, had seen Clark’s book prior to posting, s/he would have narrowed the prescription down to this one single book.

Yes, online learning has far to go before it is embraced by higher education as an effective learning delivery method, and rightfully so… However, the boring lectures being delivered in classrooms across the country that do not help students reach their learning goals deserve to be under the microscope as well.