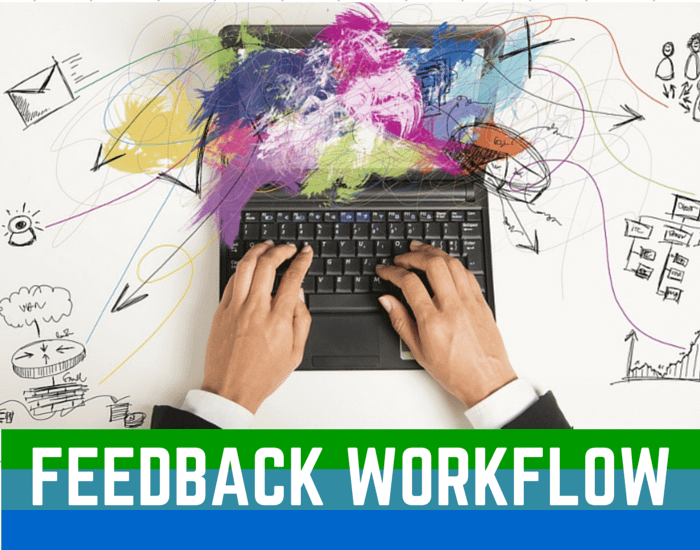 A couple of weeks ago, I was the mini workflow guest for the Mac Power Users podcast, episode 240.

Katie and David were in rare form. It was David's birthday and perhaps nearly the last episode he recorded prior to announcing that he was going solo with his law practice…

I spoke about how to use screencasting to give feedback to students in a way that students report seems more authentic, honest, and helpful.

I heard from a couple of Mac Power Users, after the episode, which was so rewarding.

David M. from Qatar wrote to say that he purposely doesn't include a track changes document for his students, as he wants to be sure they listen carefully and digest more of the feedback that way.

I hadn't clarified on the episode that I don't do track changes for the purpose of making corrections to the students' papers, either. I use the Word (or other) documents to place written comments or to highlight things.

David described more of his process for me:

Amongst other areas of EFL, I teach a lot of writing classes.

I am always concerned about the level of feedback I give students in their drafts. Too much and I am basically writing it for them and too little and I am not helping them.

I began to do feedback by screen cast using Camtasia and MS Word or PDFPen.

I read the essay before casting and then go through it asking for clarification, correcting errors and pointing out poor vocabulary, grammar, etc. I do type into the Word file but importantly I do not send them back the file with corrections, in fact I do not save my changes.

This forces students to listen, understand and fix their own errors.

I post the videos on Vimeo with a password only the student knows. Vimeo is great because I can track how often the students watch the video (up to 8 times). I do have a paid account and uploading can be a little slow but those negatives are not outweighed by the ease and tracking functions.

Tom S. also wrote to say that he uses screencasting in his business. He finds the feedback gets followed through on much more like his original intent when he uses this form of communication.

I am a Sales Vice President for a mid-sized electric manufacturing company in Connecticut.

Over the past year I’ve been using Tapes as a mode to provide feedback to not only my direct reports (regional sales managers) as well as my peers on the executive team at the company.

I do this often with financial reports such as excel documents as well as detailed word documents such as contracts and strategic planning documents.

The feedback that my team has about the process is incredible and I’ve found that the understanding and implementation of the feedback I provide is faster and more in-depth.

I even got to touch base with Betsy Weber, Chief Evangelist for TechSmith (the makers of SnagIt), who I knew way back in my days in the computer training industry.

She thanked me for the mention of SnagIt on the show and also inquired as to whether or not I had any additional feedback for them.

SnagIt is, and has been for years, a fantastic piece of software. The only minor complaint I had was that it would be nice is there was greater parity between the Mac and PC versions.

As I mentioned on the live MPU show, I reached out to the Mac Power Users Google Plus community for help on another grading-related workflow.

On the thread, Soram K. from UCLA Medical School reached out to share about other annotating tools he discovered from others in the community that meet his needs and augment the power of SnagIt.

I did find iAnnotate in my own research but do not like to convert the Word file my students send me to PDF. Too many steps!

I am looking at the following as a way that I think will be easier with a desktop screen writing app that will record in Snagit.

Here are some links…

As those of you who know me (or are getting to know me through the podcast and the blog) will predict, I am thrilled to discover these new tools.

However, I am going to force myself to hold off until after the semester ends before doing too much experimenting. It is too easy to go down a rabbit trail and lose time on the most important priorities for now.

I just finished reading the book Essentialism and am even more reminded of the importance of saying no to things. I've added the suggestions to my Evernote list of tools I want to try in the future.

Summer will give me opportunities to play a bit with technology, especially going to read some of the older posts on The Digital Researcher blog.